I’ve decided to shake things up a bit and start sharing a few of my OTHER “Sweet Obsessions” on my blog with a sprinkling here and there. And since Christmas is just around the corner, I’ve decided to start with my obsession of making yummy deliciousness for my family. So to start off, I’m sharing a recipe for Pumpkin Dump Cake I saw on Facebook a few month’s back and have since made it several times for my family. It’s the PERFECT Christmas day treat cuz it’s so YUMMY and so Easy to make! I did tweak it just slightly though because I didn’t like that the original recipe only called for cinnamon as the spice and I didn’t think it was quite sweet enough either. So I switched up the cinnamon with pumpkin pie spice (plus added one more teaspoon) and added a lil more sugar! The result is all the yumminess of a pumpkin pie with A LOT less work!

Me and my hubby are the only ones who like the pecans, so I only put them on half the cake. That way it reserves a WHOLE HALF a cake for us!!!!

I like to make REAL whipped cream to top ours with. I’m just NOT a big fan of the fake, oily stuff (ehum, Cool Whip). And it’s actually really easy to make and tastes SO much better! So if you want to give it a try too, here’s that recipe too! P.S. I usually double it. 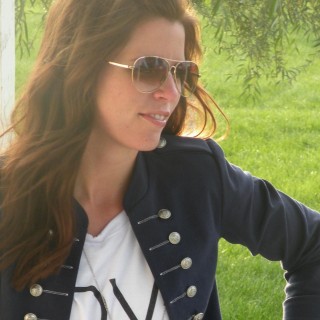 I'm a busy, working mom of three boys and wife to my awesome husband, Justin. I LOVE hanging out with my lil family. I also LOVE getting creative styling and sharing the latest fashion trends. Ever since I was a little girl, I've been amazed that something as simple as a figure flattering outfit can completely change how a women feels about herself. My dream and goal is to one day own my own fashion boutique and/or become an image consultant. I’d love to be able to help women find that confidence in themselves. Until then, I use my lil blog to share my outfit and styling ideas in hopes that I can help someone in that way. My hope is that in some small way, I can inspire you to live with confidence.